“The purpose of Psychology is to give us a completely different idea of things we know best.”

Human brains are the most complex structures and are influenced by various thoughts, emotions, external stimuli, experiences, etc and Psychotherapy gives counselors and therapists a reference point to decode the client’s behavior and trigger points, which will eventually help them in maneuvering the individual’s treatment.

Psychology was initially based on 2 perspectives. Namely, the behaviourist perspective  is based on the school of thought which implies that human behavior is conditioned due to its interaction with the environment around them.

The second pillar of psychology is the Psychodynamic approach, where psychologists believe that unconscious forces or unaddressed thoughts mold the behaviors of the individual and was more inclined towards dream analysis, childhood traumas, etc.

And the third force in psychology is Humanism or Humanistic approach which was born out of rebellion, as psychologists considered the former two approaches to be limited in their scope and sometimes detrimental to individuals issues.

The humanistic approach expanded its footprints in the 1950s. This theory was more focused on the good side of humans, rather than on the past experiences or pathological impacts. Carl Rogers developed this person-centered approach, with Abraham Maslow, who went on to study the need for self-actualization, after Carl Rogers coined the term “actualizing tendency.” 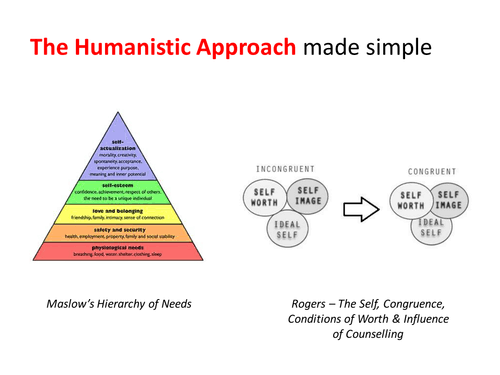 •What is Humanistic Counselling?

The humanistic approach focuses on the persons present rather than his past. Humanistic counsellors treat the patients as clients on an equal level to that of the counselor. This theory holds a person inherently good and tries to understand a person’s goals and steers them towards self-awareness. Carl Rogers, who developed this theory believes that every person controls their destinies.

In humanistic counseling, the counselor provides a deeper understanding of the person and focuses on the client’s innate ability to love and grow. The humanistic approach aims to help the client reach self-actualization, as referred by Maslow and Rogers.

Humanistic therapies are based on the fact that humans gravitate towards goodness, and can overcome obstacles and reach their goals with the right support.

“If we value independence, if we are disturbed by the growing conformity of knowledge, of values, of attitudes, which our present system induces, then we may wish to set up conditions of learning which make for uniqueness, for self-direction, and self-initiated learning.” 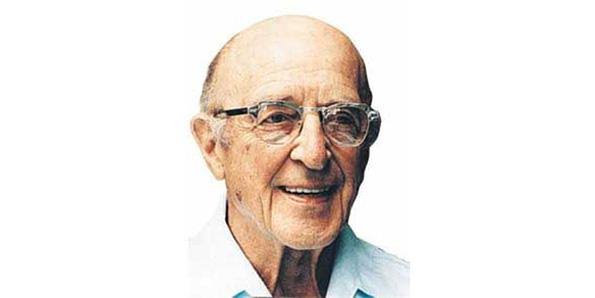 The therapist/counselor forms a close relationship with the client so that they feel comfortable to open up without the feeling of being judged. The various types of Humanistic Counseling are Gestalt therapy, Reality therapy  , Transpersonal therapy , Human Givens Psychotherapy and many more.

A person-centered approach is also known as Client-centered therapy. In this type of counseling the focus is laid on the individuals self worth and value, so that they can accept themselves and reconnect with themselves on all the realms of life.

Transactional analysis identifies three ego states, namely Child ego, Parent ego and Adult ego. These ego states run through every relationship that the client establishes with other people in his life. This counselling approach , helps the client to align with his acting and thinking skills. It encourages them to think about the past decisions they made and how those decisions and choices influence their today.

Humanistic counsellors are expected to be non-judgmental, be able to see the client’s world through the clients eyes and have unconditional positive regard towards their clients. They focus on the clients past, present and future , collectively, instead of focusing on a certain issue or incident. The humanistic counsellors are expected to make the client comfortable by providing them a safe environment, so that it becomes easy for them to open up.

Therapists allow their clients to look back at their life in retrospect, and value their own selves and believe in their innate goodness. Humanistic counsellors believe that problems are not caused by life events, but by the way we handle and perceive them! This perception influences are self-esteem and behaviour

Humanistic counsellors therefore help people accept all the good, bad and ugly sides of the life and their personality , so that they can be at peace with themselves, thereby working out on their own solutions towards their problems.

2.Humanistic approach can also help people who are feeling lost or are low on self esteem or dealing with relationship issues or family issues.

3.Studies state that like other psychological therapies , humanistic therapy is effective in bringing about positive self change and stable thought process over time.

4.It also has been proven to enhance workplace creativity and emotional interactions. 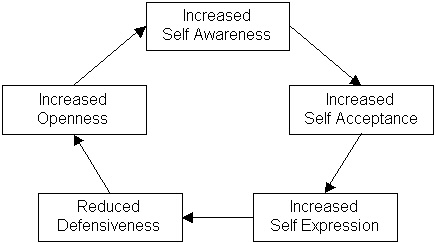 This approach has received criticism on all four squares of its existence,stating that the theory is highly subjective ,as it just has variables but no constants,which makes it difficult to be researched . Such dynamic views of personality also do not account for continuity in the behavioral changes of an individual and also ignores society’s impact on the personality of an individual.

Get the best viral stories straight into your inbox!

What do you think?

Browse and manage your votes from your Member Profile Page

Browse and manage your reactions from your Member Profile Page

Thank you so much @A.Basu

Hey, thank you so much for appreciating my work! @Gouri Sreekumar

As the article proceeded, I could see the developments of Psychology unfolding. The way it talks about the 3 schools of psychology and then mentions the history of humanistic psychology is appreciated. The brief explanation of the types, followed by benefits and critics were very insightful.

Really pleased that you could connect with the flow of the article. @Meenal

I love Carl Roger’s work, and you’ve described it so well here! 🙂

Hey @Divyanandhini Anandakumar thank you so much and even I love his work,truly insightful!

Thanks for this article ❤Superbly written.. Wishing you all the very best. Have a nice day

Thank you so much Jigyasa!

This is such a lovely read

Great! I would suggest you to highlight or use increase feature for the sub-headings; this will make it easier for the readers to differentiate between the content and the topic. Best of luck!

Donate via Patreon to support us.
Thank You!

Don’t miss out on new posts

Back to Top
Close Create

Your password reset link appears to be invalid or expired.

To use social login you have to agree with the storage and handling of your data by this website.